Color-Changing Bandage Identifies and Treats Infections -
color-changing-bandages : What if you could detect and treat bacterial skin infections quickly with a bandage? One day soon, you may be able to.
zeyyer pharmaceutical private ltd ,zeyyer pharma, zeyyerpharma, pharmaceutical company ,medicine industry
1011
post-template-default,single,single-post,postid-1011,single-format-standard,ajax_fade,page_not_loaded,,qode_grid_1300,footer_responsive_adv,hide_top_bar_on_mobile_header,qode-content-sidebar-responsive,qode-theme-ver-17.2,qode-theme-bridge,qode_header_in_grid,wpb-js-composer js-comp-ver-5.6,vc_responsive 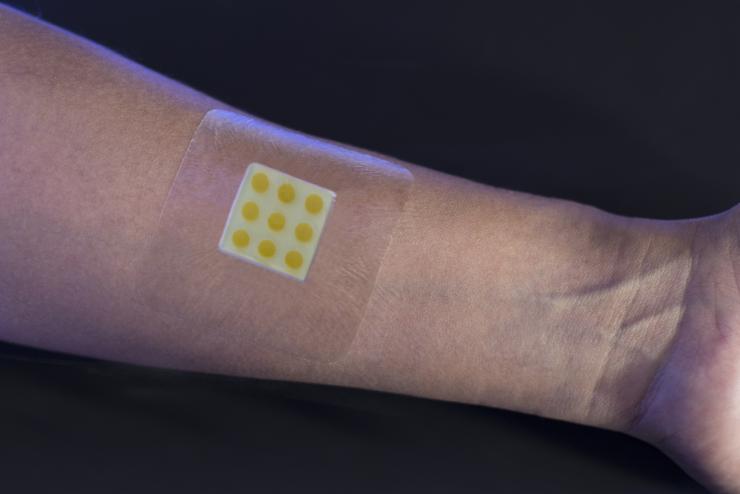 What if you could detect and treat bacterial skin infections quickly with a bandage? One day soon, you may be able to.

It’s not sci-fi. Researchers from the Chinese Academy of Sciences have invented a bandage that changes color if a bacterial infection is present. And the color change also indicates whether the bacteria is resistant to antibiotics.

How does this magical bandage that detects and treats infections work? Scientists designed the paper-based bandage to remain green as long as a wound is not infected according to the study published in the journal, ACS Central Science.

The bandage turns yellow in the presence of bacteria due to the acidity that occurs with infection. The bandage then releases an antibiotic to quickly treat the infection.

If the bandage detects the presence of antibiotic-resistant bacteria, it turns red due to enzymes released at the infection site. Doctors can then shine a specific wavelength of light on the bandage to activate so-called “reactive oxygen species,” unstable molecules that kill or weaken the bacteria, rendering it more susceptible to antibiotics.

Bacterial skin infections can usually be cured by antibiotics, according to MedicineNet author, Neha Pathak, MD. However, “Some bacteria have become resistant to the drugs and are harder to kill,” she notes.

Methicillin-resistant Staphylococcus aureus (MRSA) is one type of antibiotic-resistant bacteria. It can cause skin abscesses that are difficult to treat, Dr. Pathak said. She notes that people in hospitals and nursing homes are most likely to get MRSA, as are those who have skin-to-skin contact with others, like child care workers and wrestlers.